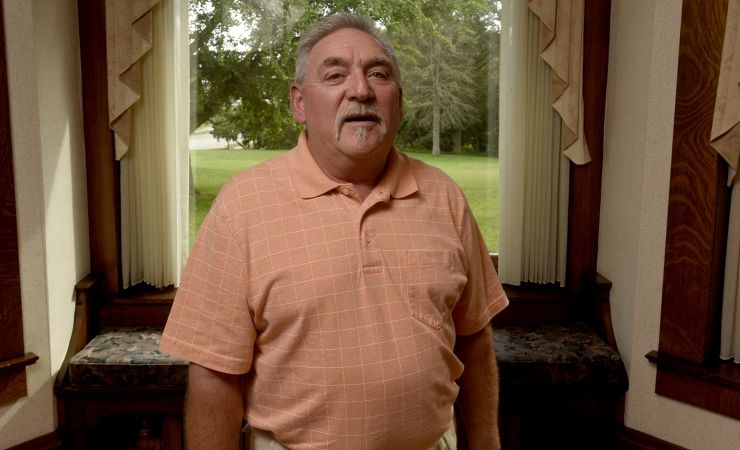 Bert faces obesity, hypertension (high blood pressure), and hyperlipidemia (too many lipids in the blood). As if these conditions weren’t enough, tests show that he is pre-diabetic.

Before 2016, Bert, like a single twig, struggled to bear the weight of these problems on his own.

On the day in March that Bert became a patient at Maple City Health Care Center, he became part of a team. Like every other Maple City patient, Bert’s patient care team included a physician, a nurse practitioner, a nurse care coordinator, a behavioral health provider, a dietitian, a social worker, medical assistants, and a health insurance navigator.

At Maple City Health Care Center, we have organized our care around patient care teams because we see our patients as a complex mix of physical, mental, and spiritual characteristics. Each patient needs the help of specialists in each area, but the specialists also need interaction with the other members of the team.

Bert joined one of Maple City Health Care Center’s healthy living groups. Members of the group faced problems like Bert’s—obesity, hypertension, and diabetes. Members of the group all needed to make changes in the way they lived. Ingrid, one of our dietitians, notes that almost all people who make a big change in the way they live make that change with the help and support of other people. The members of the healthy living group met for eight weeks. Members set goals, told stories, held each other accountable, and shared victories and frustrations.

At first, Bert dominated the group. The words seemed to pour out of his mouth—which was even more of a problem than usual because all of the rest of the members of the group spoke Spanish. An interpreter had to turn everything Bert said into Spanish.

In remaining sessions, Bert offered stories and wisdom that came from his experience as a recovering alcoholic. He brought a copy of the serenity prayer to share. His new Spanish-speaking friends asked to have the prayer translated. Bert set goals for himself, but he didn’t feel judgment from the group when he occasionally missed a goal.

At the end of their time together, the members of the group celebrated what they had accomplished. Bert lost twenty pounds and lowered his blood pressure from a reading that was a cause for concern to a reading that was normal. His risk for diabetes diminished.

In the midst of group of people from a different culture who spoke a different language, Bert not only found the physical, mental, and spiritual strength he needed, but he also assisted others in their struggles. Bound together like a bundle of sticks, Bert, the members of his patient care team, and the member of his Healthy Living Group became a source of strength and healing in our community.

(Thanks to Bert Miller for helping tell this story)

One Son Yes, The Other No