By: James and Barb Nelson Gingerich 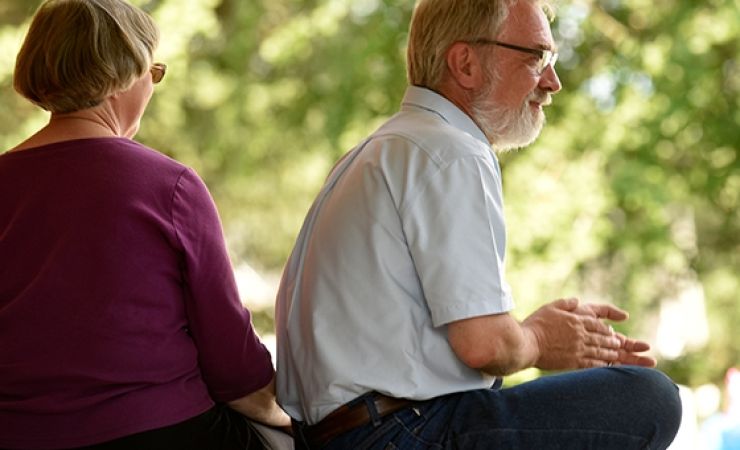 Although our health care centers are located in a low-income community and we store lots of medications on site, we have never had much trouble with break-ins. But some years ago, when we were in the midst of a building expansion, someone broke in one night.

The next morning, we arrived to find dirt and glass shards on the carpet inside the back door. Several nights later, a window was broken and a few dollars were stolen from the cash drawer.

We notified the police, but the break-ins continued. The intruder seemed interested in our otoscopes (tools for ear exams). The intruder rummaged through our collection of books on pregnancy and childbirth and played with our microscopes. He did little damage and stole almost nothing, but he left traces of himself behind for us to find. We were unsettled and wondered why this intruder was breaking into a community health center, of all places.

Then the break-ins stopped for several months.

But just as our construction project reached completion, we arrived one morning to find a expensive new metal door ruined because someone had pried it open with a crowbar.

We decided the time had come to put a stop to the break-ins. We weren’t inclined to barricade the place but we improvised a security system by keeping a telephone line open inside the back door so the health center director could listen in to what was happening there at night.

A couple nights later, the director awoke to the screech of metal on metal, as our night visitor again used a crowbar on the metal door.

We called the police and they apprehended a seventeen-year-old high school student, a patient of ours. He had significant hearing loss and was struggling socially and academically. His parents had been aware of his earlier night-time roaming and had had an alarm system put in at home to alert them when he tried to leave his room. After several months without problems, they had turned it off. That was when our break-ins resumed.

Dan, one of our board members who often volunteered at the center, had a son who had had some trouble with the law as a teenager. Dan pled with us not just to turn this teenager over to the legal system. With our blessing, Dan worked with the prosecutor, and eventually the court sentenced Tony to two hours a week of community service at the health care center. He came sullenly and half-heartedly did the tasks we assigned: cleaning gutters and picking up litter, pulling weeds and doing yard work.

Social isolation has been identified as a big risk factor associated with poor health and early death. As a health center staff, we had been trying to address the isolation of some members of our community by identifying activities they enjoyed and inviting people (patients) who enjoy similar activities to do them together. We had identified several families in which people like to cook, and had asked them to meet in the health center’s kitchen/community room on Wednesday afternoons to take turns cooking for each other. Some people in the group spoke English and some spoke Spanish, and they were also beginning to learn each others' language.

One week Tony showed up to do his community service on a Wednesday afternoon. A member of the group noticed him and invited him to join them for their meal. He disappeared, but reappeared a few minutes later with some banana bread he brought from home. From then on, Tony did his community service on Wednesday afternoon, and he stayed for the shared meal. His disposition changed from sullen to sunny, and he began to do his chores wholeheartedly.

Before long, Tony had completed his required community service, but he kept coming each week to volunteer and to eat with the group. We laughed when he told us one day that he’d started to patrol the area at night with his dog, so there wouldn’t be any trouble with people breaking in.

One week he announced that he’d made the honor roll at school for the first time, and we had a party to celebrate with him. Tony finished high school on schedule and went on to study at a local community college. Now he has a job in our community.

As a staff, we started out feeling resentment about the intrusion into our space and the messes we had to clean up. Now we rejoice in Tony's success and feel pride in him and have an investment in his future.

Although health care center staff had been providing standard medical care for Tony for years, his break-ins eventually convinced us that we had not succeeded in addressing his need for healing. He was on a quest, and he kept intruding into our space to tell us so.

We perceived Tony's way of getting attention as an offense, but Dan’s compassion and Tony’s response to what flowed from it gave us the opportunity to see Tony as someone in search of connection and community, which proved to be important ingredients in getting him beyond a rough patch in his young life.

Our contributions to his healing were not the result of our program as much as the fruit of impulses among people — mostly volunteers and patients — who came together at the center to reach out and include one another. In the end, the staff mostly provided space and looked on as patients and volunteers took Tony in and gave him a sense of belonging and purpose.