One Son Yes, The Other No

For Reyna and Gabriel (names changed), living without health insurance felt like a looming disaster.

The laws and regulations of this bureaucracy result in a mountain of application questions that demand either a yes or a no answer. The lives of real people, on the other hand, are full of hues and shades, variety and progressions.

Through the weeks of June and July, the navigators helped Reyna and Gabriel apply for Medicaid coverage for their two sons. The parents and the navigators finally worked through the mountain of questions and documentation and waited for a determination.

When the determination came, it was a puzzle. One son qualified for Medicaid, the other didn’t.

In the meantime, on July 30, the son without insurance woke up vomiting in the middle of the night with a temperature of 104. Reyna and Gabriel rushed the boy to the Emergency Department at IU Health Goshen. They returned home hours later with a prescription, a lowered temperature, and a bill for $5,000.

Luckily, the navigators found an ally at the Department of Family Resources. The ally, Ann, worked as a supervisor at DFR and was willing to go the extra mile, and then an extra ten miles to help Reyna and Gabriel. Ann reviewed all the forms and documentation.

Ann and the navigators knew that part of the problem had to do with the vagaries of the RV (recreational vehicle) industry. In the summer when there is plenty of work, the paychecks show a relatively high income. In the winter, the same job and same pay rate show a very different result. Unfortunately, the determination for Medicaid eligibility looks only at a thirty day sample.

Finally, however, Ann reported to Reyna and Gabriel and the Maple City Health Care Center navigators that the denial was verified, there was nothing more she could do, and that the family would have to live with it.

Even though Reyna begged Casandra not to give up, Casandra went home that night feeling certain that Ann’s word was final and that there was nothing more that could be done.

But the light of morning brought other thoughts. Casandra realized that the crux of the matter was that DFR had approved one son, but not the other. What could cause a different outcome for one son compared with the other? Casandra checked through a mental list of the application forms and documentation for the two boys, but couldn’t think of any differences. Finally, Casandra came to the same conclusion that Reyna and Gabriel had come to: this didn’t make sense.

At work, Casandra talked it over with Lilliana and Juan Carlos. They decided to risk antagonizing their valuable ally at DFR with a plea to check one more time.

Several days later, Reyna, Gabriel, and all three navigators used a speaker phone to hear Ann’s reply. The tiny team erupted in cheers and tears when Ann said that she had tried a slightly different tack, pressing the question of why one son was approved and the other denied.

With this last effort, Ann had, indeed, found the source of the problem – an employee at DFR had made a clerical mistake. Ann assured Reyna and Gabriel that both sons were covered and that Medicaid would help with the hospital bill.

No Borders To Helping 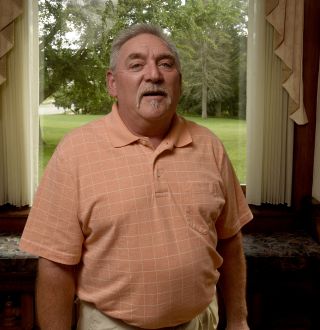