Break the Rules and Bust the Budget

I first met Don Exiquio when the Elkhart County Health Department referred him to Maple City Health Care Center. He had been a migrant farm worker and had contracted multiply drug resistant tuberculosis.

At our office Don Exiquio soon developed a relationship with staff members who not only could speak with him but took a personal interest in him. He needed supervised administration of medication in a protocol prescribed by the Centers for Disease Control, some in the form of shots, initially three times a week, eventually every day. These injections were painful, and gradually turned his muscles into lumpy scar tissue. Yet he came every day for treatment, before the office opened, or after it had closed, in order to minimize exposure to others. We got to know him well.

After about 6 months, Don Exiquio told me he was planning to go to Mexico to see his family. Apart from his daily contact with us, he was feeling socially isolated, and he hadn’t seen many members of his family for more than five years. He really wanted to go, but he was concerned about his treatments. And the health department had told him he would be subject to arrest if he left the county.

We taught Don Exiquio’s son how to give shots, and we made arrangements for this son to accompany Don Exiquio on his trip. We secured a three-week supply of medications for him to take along for the two-week trip.

And then we notified the health department of our plans.

We didn’t ask permission (it was clearly not forthcoming), but we let them know what plans we had in place to reduce public exposure to Don Exiquio’s TB and to assure his ongoing treatment. The health department saw this trip as a disruption in his treatment; we saw it as an opportunity to build trust and address his needs. Don Exiquio was not following the rules, and neither were we. The health department was not happy, but what could they do?

He left Goshen, and when he was due to return, the health department started calling us to find out if he was back and to confirm that things were OK. But he didn’t come back on the day when he was expected. Nor was he back the next day, nor the next. Finally, five days late, Don Exiquio showed up at Maple City Health Care Center and explained that they had had car trouble. Because we had supplied medications for an extra week, he had gotten his shots every day.

A couple of years later (years when he had paid daily visits to our office) Don Exiquio’s TB got worse. Extensive consultations with the Centers for Disease Control suggested that his only hope for a cure was in surgery and treatment at a national TB hospital in Denver Colorado.

The prospect of going to Denver for surgery made Don Exiquio anxious. He knew no one in Denver, and none of his family could go with him. Without any support system, he was being asked to trust his life to complete strangers.

It didn’t take us long to decide to send Beth (the nurse from our office who had been giving him his daily shots for more than two years) to Denver to be with Don Exiquio for two weeks through his surgery, to be his interpreter, and to help him adjust to his care there and get to know the people there. The cost of her airfare and lodging was not in our budget. We needed Don Exiquio to help us see that sometimes care and healing require us to break the rules and bust the budget.

Don Exiquio followed through with his treatments, and after a total of five years of intensive care at Maple City Health Care Center, we threw a party to celebrate his cure.

A Taste of Heaven 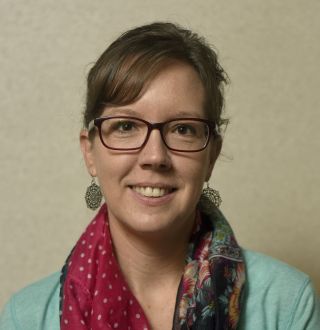